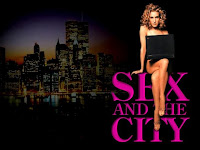 In season 1 episode 9 called the Turtle and the Hare the girls are faced with the idea of settling for what you can get.  In Charlotte's case it's a sex toy called the Rabbit, in Samantha's it's a man called Turtle. And after Big tells Carrie he's never going to get married again she takes up Stanford's offer of marriage so that he can get money from his grandmother.

The question of the week is  "In a city of great expectations, is it time to settle for what you can get?"

I am going to totally forget the subplot of Charlotte and her .... toy.   And go with the story line of Samantha giving the Turtle a make over.   But you know I can't just sit back and do this straight up, I have to add my personal twist on it.

5 wrestlers I wish would get a make over.


The episode of SATC  actually is a bit of a mixed one with fans.  When I talk to others about the idea of men and make overs,  so many say that they like a man who takes some effort in his looks.  It makes them want to put more effort in theirs.
But at the same time, we want to be comfortable, and have a man who's comfortable in his own identity.   It's truly a no win situation.

I think it has to do with the fact that we do see the potential in a man and because we want to see that realized in him -himself; that we women nag so much.

I don't actually have my own question to cap this one off like I usually do.
Posted by Domestic and Damned at 10:55 AM