But we retired that gimmick 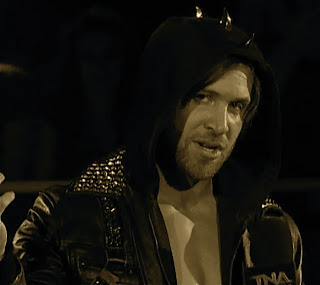 I ran a poll on my old blog (guess I should be calling it my other blog as I haven't stopped posting yet) asking who my readers thought was the sexiest man alive.  (titled This Blog's Sexiest Man {Wrestler} Alive) Giving a choice of about 12 different wrestlers.  I should have known better.  Chris Sabin won with a landslide.

My readers on that blog are made up of gay men, a scattering of wrestlers and a few teenaged girls.  All of whom seem to be outside of Canada.  Everytime a new Chris Sabin fan club is formed I get about 35 new hits a week on my old blog.

But do you blame them, look at him, he's hotter then hell in a bathtub!

I had been sitting around last year chatting with a buddy of mine Joshua (formerly indie wrestler Cole Cash) and trying to figure out a way to get an interview with Mr. Sabin.  My buddy Joshua told me to send Sabin a photo of my boobs.   I thought he was insane.  But the advice he did give me was to treat him like a normal guy.  So I did.  Kind of, sort of, maybe.
I blogged about the conversation, and then started to complain about how I did not like Mr. Sabin's hair.
Well, the post took off like a rocket.  I got more google hits for Chris Sabin's Hair then for anything else I've ever posted about in the last few years.  It became this gimmick that took on a life of it's own. At two different points I tried to end the gimmick as it was just so tiring talking about it.  No good, I was actually getting messages from his fans in the UK wanting to know what he used in his hair and if I could give him messages for them.   WHOA!  Dude!  Hang On!    I never ever said I knew him.  I've never talked to him.  Never met him.
I quickly posted that fact.   But you know what, that didn't seem to stop people.  I had regular readers coming everytime I posted stuff on him, or Alex Shelley or TNA in general.  I even saw some of my stuff popping up on the show.
Dude! that rocks!  (I want to believe that Mr. Sabin and Mr. Shelley love me and find me as witty as an episode of Black Adder)

Anyway, all this now means I need to think of another gimmick to keep the Sabin Fans coming back for more.

Life should be filled with food, laughter, and bad camera work always. 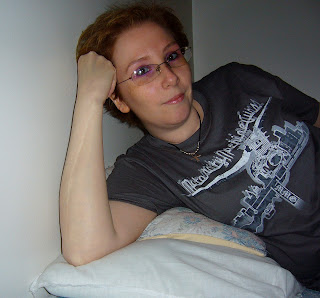 Posted by Domestic and Damned at 9:40 AM