Spudguns! How's it happening? Spiffy, spiffy.   I just thought I'd come in for a moment and yammer. Been so long since I just did a random yammer at you type post.

Righty-ho, righty-ho.  If you haven't swung by my spiffy facebook page yet; you might not know that I've started doing a quiz and a quote each week on there. (here)  That will be once a week for each on Wednesdays and Saturdays.

I've got a new segment for this bloggy-blog coming up next week, so stay tuned for that. I'm doing my best to schedule things so that every week I have something between here, my movie blog and facebook page.  Well, let's face it...no puns intended...the facebook page will be ground zero for this project.
It should be fun. I mean, man really, who wants to miss the photographric adventures of an inanimate object?  Have I mentioned, I could really use a sidekick on this one...just saying.

While I'm here, should mention that there is the final Mercury retrograde for this year coming up from Dec 3rd 2017-Dec 22nd 2017; and we're still under the influence of the Uranus retrograde until Jan 2nd 2018.

Honestly dude, I'm already feeling the push and pull of that Mercury retrograde, and it's still a few days away.

Posted by Domestic and Damned at 2:28 PM

Congrats! You're the Marshmallow Fluff

This is the time of season, when I decide if I'm going to do another year of the movie a day challenge on my movie blog, or join in on a different challenge?  I had planned a bunch of Hallowe'en themed projects for this year, but none of them were completed in time for Hallowe'en, as I needed to wait till the stores were selling Hallowe'en merchandise. So, this cut my actual project time down to a couple of weeks. The tarot cards have been talking about ending a cycle, beginning a new one and not taking things so seriously.  I'm the type of person who over thinks everything. I will get an idea, begin the planning stage, and within a few days start asking "what is my goal of this, why am I doing it, how am I going to get it done?"  and most of the time, talk myself out of it all together; or just end up feeling so pressured and overwhelmed that I give up.

I have a really difficult time finishing projects. One of the reasons I did the original movie a day challenge few years ago.

I've also been feeling guilty about not blogging on this bloggy-blog the last few years. Giving all my love and attention to the movie blog and recently, my youtube.  So, plan B was suppose to have been a project to blog solely on here.  That fell apart at the seams without me even realizing it.

This brings me to my last post, where I was talking about the way society has become whipped cream and blah blah blah.

I woke up this morning and realized that somehow in the last 48hours, I became whipped cream.

What was the plan B? It was simply to throw out the dateline for the Hallowe'en projects. Instead of  running around like a small tornado trying to cram it all into two weeks time span; I decided to settle into the idea of doing them over the course of the year. That way, when next year comes around, projects are done I just have to edit the final footage. So to speak.

Perfect! Great! Makes total sense!   Only, half of the projects would fit better on the movie blog, and all of them fit better on youtube.  So sort of back where I started. Sort of.  This is where my facebook was suppose to come into play.  As I am part of a blogging foodie group, I need to use my facebook to promote the group. Fine, that part was done.  Or was it?  My facebook is from the prehistoric age of facebook.  Needless to say, issues and glitches every time I tried to change settings to share stuff.

Heads up for plan C. Become a public figure. Create a new and improved page for the group showings and as a place to link the projects. Which worked smooth. So so smooth. Problem solved right. Right?  Yeah, for the most part. Only, since I've been working on there, adding what needs to be added for the group and building the page; I realize the project has already failed. Already gone off the path and morphed into something completely different.

This would be the whipped cream. I've turned into the internet society's version of whipped cream I just ranted about.  How did that happen?

Worst part of this; is that when I originally got the idea for the project few weeks ago, I knew it was only a starting point. That it was meant to morph into something else, or lead me down a different direction. Hell, it was even in the cards! The Fool card telling me to have faith and just dive in, the Tower and Ten of Swords telling me endings and destruction would be needed to grow, the Hermit and Final Judgement talking about new windows of opportunity, the Three of Pentacles talking about art in all it's form.

Moral of today's realization; you don't always see the big picture till the linkage is hubbed together. Yeah, basically, I'm trying to be cute when I say one thing leads to another even when you don't think they connect. 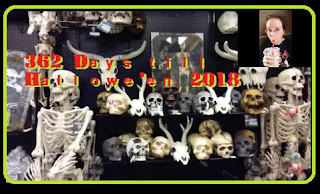 And before anyone asks why I titled this marshmallow fluff when I'm talking about whipped cream...it's got a slight more substance than cream. That and it's sticky. Linkage, connections, sticking things together...that would be my over thinking again.

p.s. there's a link to the new facebook in that fluff.

Posted by Domestic and Damned at 10:05 AM