And the Chris Sabin fans are screaming

I just logged into my old blog (Andrew and the Aluminumsidings)  for the hell of it.  Hadn't been in there in months, and guess what... my hits tracker was over run with hundreds and I do mean hundreds of fans looking for the same old thing.... Chris Sabin hair, what does chris sabin use in his hair, sabin haircut

Wow! did I create monsters with those old posts?
No I don't think so, just an outlet for those already engrossed with the Hair Gel King to do whatever it is they do... and I don't think I want to know what they do.

Okay so for those Sabin fans who googled and landed on my old blog and this blog for that matter -googling about his hair and the couple who actually left a comment (sorry it ended up in spam filter and I thought I would let it stay there cause ... well I could get a post out of it- ) Yes the boy did cut his hair and no I did not get any screen shots of it... yet.

This Renfield is trying to behave herself... though I suppose this post proves I have zero will power and am doing a very bad  horrible  unrealistic job of being anything in the sort  that resembles  a good girl (when it comes to blogging you sick sick little Spudguns)...  cause (say it with me now) Sir I Have An Addiction! (which is actually a line from season two of Sex and the City when Carrie goes to L.A. and is smoking in the hotel)

*waves at Mr. Sabin before hiding under the kitchen table*  Dude I just can not do it, I can not act my age at all.  Then again who wants to be my age?  People my age are boring.  Jane Austen would have written me out of the book as her heroines were never over the age of 27  (I think Anne Elliot was her oldest heroine)

Oh what the hell .... screen capture. (Mr. Shelley has already once taken all the fun out of my being immature, let's put it back for one post shall we. Poor sad little medium sized immature me, says I like the haircut!!!!) 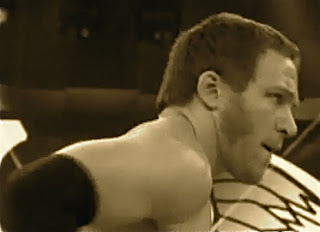 And now back to the newly improved boring posts I've been doing as of late which have no style no flair and well no hot men.
I know, I know you're stuck with my boring non-existent life where I talk about the bad health my mother and I are having and the few short stories I've been creating and the other stuff that I am doing.  Yeah this trying to be a grown up sucks a lot.
Posted by Domestic and Damned at 9:51 PM