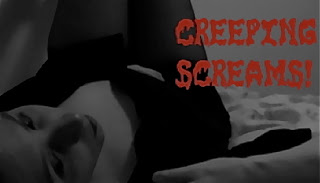 Originally posted on my wrestling blog BlindTag on April 18th 2010

Drew McIntyre vs Kane. Drew managed to corner Kane right off, getting in some stiff kicks and hard punches. Kane fought back with punches before using a hip toss sending Drew across the ring. He then used a side headlock takeover holding Drew down on the mat. Kane used the ropes for a hard shoulder block knocking him down. Followed up with a drop kick. Drew battled out, and got Kane with a boot to the face. He then used a neckbreaker on Kane. It only got him a two count. Kane came back with a boot to the face of Drew then got him with a clothesline in the corner. Only got a two count. Kane went off the top rope with a flying clothesline setting up for the choke slam but Drew rolled out of the ring. Matt Hardy came down pushing Drew back into the ring causing a DQ.

Dolph Ziggler vs R-Truth. Ziggler used a cheap shot on Truth then started to lay in the punches. Following it up with an inverted bodyslam but only getting a two count. He then went into a modified sleeper but Truth fought back with a series of clotheslines. He then used a deep hiptoss sending Ziggler across the ring. Ziggler ducked as Truth went for his lie detector. Ziggler then slapped on the sleeper hold finisher for the win.

Hart Dynasty/Rey Mysterio vs CM Punk and his crew. Luke Gallows and Smith started it off with Gallows giving him a kick to the face. Gallows then had him in the corner, but Smith fought back and used a deep scoop slam but only got a two count. Rey tagged in. They used a drop toe hold and a double drop kick to the skull of Gallows. Kidd tagged in, as did Punk. Collar tie up into an armbar by Kidd. Punk used a series of hard kicks to the back of Kidd, but Kidd reversed it using another one of his armdrags to get the better of Punk. Smith tagged back in, then Rey as they used a triple team move with Rey getting a two count. Punk pulled Rey into the the second turnbuckle then laid in some kicks, standing on Rey's throat. Punk then had Rey wrapped around the ringpost and used a drop kick on him.
Rey fought back with his flying bulldog. Darren Young tagged in and got stomped on in the corner by Smith who had tagged in. Kidd then tagged in and they used a double team move on him. Gallows tagged in with a hard batch of punches on Kidd. Kidd went for a top rope move by got kicked in the skull and knocked out of the ring. Gallows brought him back in and used a drop elbow but only got a two count. Darren Young tagged in and used a neckbreaker getting a near fall. Punk tagged back in with a stomp to Kidd then a back breaker, then slapped a scissors choke on Kidd. Smith tagged in with an off the ropes shoulder blocks but Punk went for a roll up before using a vicious kick only getting a near fall.
Smith used a drop toe hold sending Punk into the second turnbuckle, giving Rey the chance to 619 him in the corner giving Smith the change then to cover Punk. Smith got the win with a roll up.

Caylen Croft vs JTG.... I don't care about these guys either.

Jack Swagger vs Jericho vs Edge in a triple threat. Jericho went after Edge with a series of punches, then Swagger attacked as well. Jericho then went for a roll up on Swagger but failed. Swagger answered with a side suplex on Jericho. Edge working on the back of the neck on Swagger as Jericho rolled out of the ring. Edge sent Swagger off the ropes and out of the ring. Jericho back in, laying in fists to Edge then choking him on the ropes. Edge came back with punches of his own then Swagger pulled him to the mat. Jericho using the ropes to continue working on Edge's neck. Swagger used another side slam suplex on Edge. Edge pulled down the ropes sending both of the others out. Then baseball slide to break up the count. He sent Jericho into the rails, then Swagger face first into them. Back in the ring Swagger was sent. Swagger tried to get Jericho back in the ring but Edge took the legs out from under both men sending Jericho to the floor and Swagger to the mat. Back in the ring and Edge went for his spear but he got the poll. Swagger then started to work on the shoulder of Edge. Swagger then used a backbreaker but only got a two count. Jericho never got back in, and Swagger used his running corner springboard but once again only got a near fall. Outside of the ring and Swagger goes face first into the announce booth. Jericho gets Edge back into the ring and used a side slam but only got a near fall. he then started to work on the neck of Edge with a choke hold. Edge then used Swagger as a battering ram sending him into Jericho. Then total chaos. Jericho with a roll up on Edge but nothing, then Edge going for a cover but nothing. Jericho was going for a bulldog on Edge but ended up in the ropes tangled. Edge got ready for a spear but Jericho countered with the walls of Jericho, the whole time Swagger was on the floor. Swagger in then got slapped with a Walls of Jericho, but Edge broke it with a DDT. Jericho used the codebreaker on Swagger and all three were down. Jericho up thinking he'd spear Edge but Edge leap frogged. Swagger pulled Edge out of the ring and pinned Jericho keeping his title.
Posted by Domestic and Damned at 6:05 PM