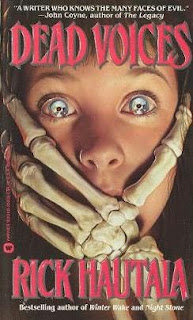 In this 1990 release we are introduced to a grieving mother who is being haunted by the car accident that killed her child.
Voices whispering around her, visions that are too vivid, and something calling her to the scene of her crime.


There was a theme running through many books released in 1990-1992 by many of the publishing companies, and it was that of a guilt filled grieving mother. So much infact that the major romance company Harlequin Romance picked up the idea and used it to their advantage as well.
Posted by Domestic and Damned at 4:15 PM