Anyone else notice this about Alex Shelley

You knew I could not behave myself for long. Didn't even make it 24 hours.
Remember this post here when I was asked why I don't blog more about Alex Shelley. 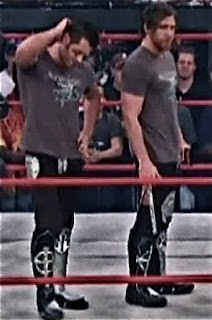 But, has anyone else noticed that the god himself has well, a habit?
I have noticed this and as cute as it is, I have to wonder what's going on there?

I am talking about his scratching.
Should we worry?
Is it dandruff?
Is he playing with a scar?
Is it a nervous twitch?
He does it alot. Normally when he's doing a promo. But I have seen him scratching when he's been in the ring waiting for the match to start. It's like he can't keep his hands off his...skull.

Don't even get me started on the gum chewing. 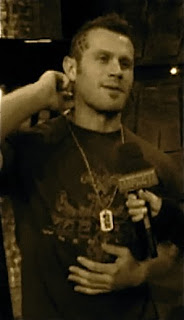 Posted by Domestic and Damned at 6:26 PM