About those Tag Team Belts 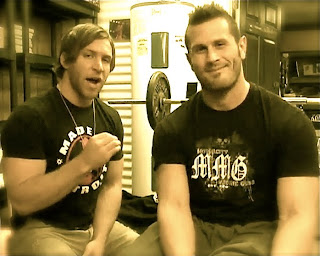 Last month I posted that if I did not see those tag team belts around your waists soon, there would be hell. Well, it's been a month, and you still have no TNA belts, so I must rant and nag...

What do you mean you lost your match to Matt Morgan the evil druid and Amazing Red? How could you let them beat you? You're better then that. Much better, you know it, I know it, the fans know it, most important you know it. (wait I said that didn't I?) I was sitting there watching the show (April 12th 2010 episode) thinking for sure this time. I mean man, the odds were stacked FOR YOU, what happened? Okay so this is more a whine then a rant but... what's going on? Where in the production notes did it say "Sabin gets pinned" that makes no sense, none. I'm going to pretend that Red ad-libed that part of the production notes, cause... why man why?

Is it your schedule? Are you too busy to hold those belts right now? Is it because of your injuries? Are you unable to hold those belts right now cause you are not healed enough from your injuries to be fighting champs?
Are the belts not pretty enough and you think they would clash with your tights? You could wear jeans to the ring that would look good with the belts would it not? 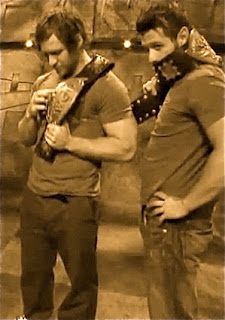 Are the belts too heavy on your hips cause your waists are so tiny? That's okay, they can take the belts in or you know you could wear them around your neck like you did your New Japan Jr Tag belts. You made those look sexy all wrapped like a winter scarf.

Dude! Come on already and win the TNA Tag Team belts!!! You should have had them like ten times by now but; no you just keep teasing me with being the number one contenders for the tag belts and then don't follow through making me disappointed with you. Why do you keep teasing and taunting me like that with promises of you being the TNA Tag champs then not doing it? .... It's cause I am Canadian isn't it? Have I not shown enough support and love to you guys?
You are the greatest tag team in the last 20 years, so why have you not won those belts yet?
Posted by Domestic and Damned at 8:29 PM