Everyone is talking about... Johnny Depp

I love him, you love him, he's perfect.  Johnny Depp is by far THE actor everyone loves. He can do no wrong... sort of.
With his latest films, he's making "best of " lists on movie sites across the net. Cineplex has one too
Though I disagree with many of the mainstream fans on the top Depp roles, I decided to share my favourites.  (not too mention the bloggy-blog here has been a little light with posts the last few weeks and I needed something to give some entertainment value to the bloggy-blog since I've cut back to almost nothing with my Chris Sabin/Alex Shelley posts)

7- Glen in Nightmare on Elm Street

5-Spencer in The Astronaut's Wife

2- Raoul Duke in Fear and Loathing in Las Vegas

I'm really looking forward to what he's got up his sleeve for the second Hunter S. Thompson role in Rum Diary which is suppose to get released next year. 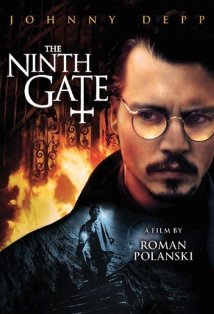 Posted by Domestic and Damned at 11:57 AM