There could be only one!

Cue up the Queen song from Highlander.  Cause I've been singing the damned thing for most the day thanks to the stupid book store.

And the winner - because I could only afford to buy one today at a whopping $45 plus tax Canadian....

Mastering the Art of French Cooking Volume 1 by Julia Child. 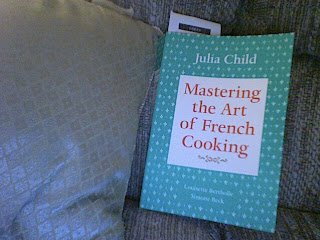 Next time, Joy of Cooking.  (ssshhh I'm in a wicked good mood)
Posted by Domestic and Damned at 9:18 PM