As I just posted on my year long blog- which has already gone over by a few months-  I was at the doctor's this afternoon.  Had x-rays on my knee and the bandages changed.
Have another two weeks before I have to go back in for another round of x-rays. And I have to get a different brace. So not looking forward to that part.

Moving on... it's my birthday.  Yay me, I survived another year.  38 going on 18.
Dinner was lovely, did take-away. Boston Pizza.  Being Canadian rules.  Don't you find that odd, that one of the best restaurants in Canada is named after an American city.

So was watching the news, cause I had no choice being stuck on mother's sofa... and there was some blah blah blah about opening up a second community auditorium.   Yeah whatever.  The real issue is the fact that none of our hotels in town have any kind of wheelchair access.   This is where the city should be thinking about putting their cash.  Put the money into upgrading the hotels to be more accessible for disabled people instead of wasting the frealing budget on those stupid sculptures of the fish and fisherman, that are on the side of the road on the way to the mall.  May street I believe.  Have you seen those hideous red things?  Stupid! Thunder Bay doesn't need pointless crap like that. 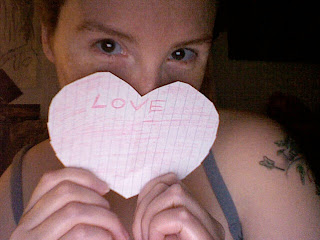 Posted by Domestic and Damned at 6:35 PM