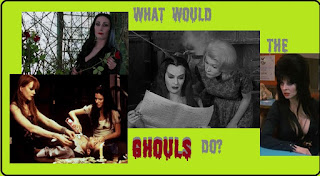 Situation: Every time I try to bake something, things go wrong. What do I do?

plot: After an earthquake, the sisters discover a strange smell coming from the basement. Because of Phoebe's fear from childhood about the basement, Prue and Piper tease her. But, when she becomes possessed by something in the house, they have no other choice but to turn to Prue's boss, who is a historian and knows more about their house than they do.

Quotes: "Just because I protect the innocent, doesn't mean I have to be innocent all the time." -Phoebe

"It was scary and it was real." - Phoebe

"I'm making Coq au Vin and I need that bottle more than you." -Piper to a rival in the store

"Don't worry, I can handle it all myself. It's me the culinary pachyderm." - Piper talking to herself after everyone abandons her

"Try cooking a feast when your own kitchen is attacking you." -Piper to Prue after the blender doesn't work.

"I don't know what it is but it's like the house is possessed." -Piper after yet another kitchen accident.

"I don't know, but I can't cook this mean in this kitchen." -Piper to Prue as the dinner guests arrive.

"Dinner has been changed. We're having it somewhere else." -Prue to the guests

"Our house has turned against us." -Prue to Piper after spending the night on the lawn.

Favourite Scene: When Piper is freaking out in the kitchen after everything has broken down.

Using the Quotes: "Try cooking a feast when your own kitchen is attacking you."   and "Our house has turned against us."

My Interpretation: Things are suddenly going horribly wrong, and it feels like a really bad supernatural joke. There most likely is a logical reason for the sudden craziness, but anything is possible.

This is the first time in the series where we're introduced to the idea of the Hollow/Nexus. Which becomes a major sub-plot in the rest of the series. This is also the first time we see them write in the book of shadows.
There isn't really a lesson here unfortunately. This was one of those episodes created just to get a lot of  "a character's back history" into play for future episodes. In this case, the history of the house itself.

I have to admit, I rarely sit down to watch the earlier episodes, as I find season one extremely cheesy. I think the show really didn't become interesting until the fifth season.

I picked this episode today, because I actually have been having some crazy kitchen issues. After asking everyone I know for their advice; I decided to break down and use my own situation for the gimmick. Sad to say, not even the cheesy comedy of Charmed made me feel any better. Or help in any real way.

Come back next Monday, see what kind of situation I've gotten myself into and whom I turned to for advice.

289 Days till Hallowe'en
Posted by Domestic and Damned at 4:54 PM