This is not a review, not even close.  This is flat out a post about the return of Chris Sabin on the May 31st 2012 episode of TNA Impact; after having been out for a year with a knee injury.

Okay, so officially, he returned over a month ago. And like so many of you, I was very hyper to see him back on the screen.
But that sort of got pushed in the wrong direction.
Then, suddenly poof he's a single competitor again.  I'm trying not to think about it.

And the announce team started to push Mr. Sabin in the X-Division again, reminding everyone that he was a 4 time X-Division champ before his tag team runs.
The fact they put him in the running for the X-title again is a solid move on the part of everyone.  These two men, Austin Aries and Chris Sabin, are guarantied to give a fabulous and brilliant show every single time.
I personally could watch Chris Sabin vs Austin Aries for hours. But that's just me. 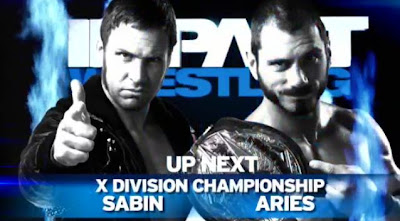 Not only did Mr. Sabin look great in the ring - you would never know he had any sort of surgery- he looked  good.
The haircut was fabulous, (oh you know I had to mention the hair cause that's what started it all) and the shorts... of course I noticed just wish they were red. 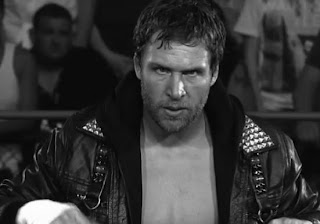 And he made his way to the ring to the old MMG theme song.
I have to wonder how long before he feels the need to get a new one? (he did switch out his knee shorts for the uber-shorts from before MMG)

Did we, my fabulous Spudguns, see the reinvention of Mr. Sabin?  Or just a man with a bit more confidence?

I kept thinking with each move, that not only did his knee look like it was beyond perfect; that he surpassed some of his old moves.  At one point in the match, he did a leap frog that seemed to have more spring in it then I've ever seen him have in the past before his knee injury, as well as it seems he's gotten quicker.  And Chris Sabin has always seemed to me to be one of the faster men in the company.

I've been a fan of Mr. Sabin's since 2005, and he has been in quite a few of my favourites matches, and if that title match on this past week's episode is any indication of the direction he's headed then I can say he'll be in many many more of my favourite matches.
Heel or Face he's hotter then hell in a bathtub.

love Ardeth Blood
Posted by Domestic and Damned at 9:42 PM