If you check out WWE

I would be remiss if I didn't point you to the latest spotlight over on the WWE website.  Normally, I don't even bother to check, as I really don't give a crap about the spotlights, BUT today I saw something worth my time.

VAMPIRO.   Yes, there is a new it would seem, profile on the WWE alumni WCW page, for Vampiro.   A few short videos and a few photos.  They need more damn it!

Just a bit of a geek out fang-girl... er fangirl but you already knew that.

They also have some other dudes who I have no idea who the hell they are in a vampire pack, but I zipped through that to the Vampiro stuff.  Okay, that's a bit of a lie, I know who Classy Freddy Blassie is/was.  But to be honest, wasn't watching WWE during the years the other ones were there so... anyways,  we need more Vampiro in our life. Or at lest I do.

I think I geeked out enough for one post. 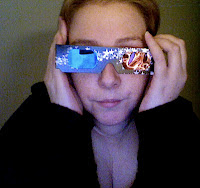 Posted by Domestic and Damned at 7:04 PM