Did you get that?

I'm not a big gamer at all, I have like 4 games all on PS2. Yeah, they're old. I got my machine on clearance like the last few months before they sort of became extinct.
I'm a binge player.  I can go six or seven months sometimes without turning on the machine, then play for like a week straight.  Clears my head.

So it put me in the mood for the movie Stay Alive  which is what today's vampire of the day was on my vampire blog.  Day 50.
Yeah, I'm going to be well into 2014 with the vampire project already.  I don't even want to do the math on how long over the deadline, but such is life such is rock n roll. 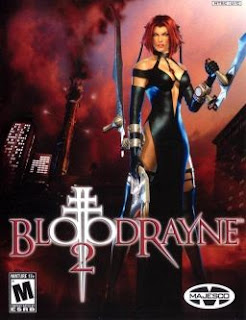 Posted by Domestic and Damned at 4:35 PM